How can we help you today?

We get a lot of tech support calls from our customers asking why their signal sounds dull and muted when turning on certain loops on RJM switcher. So far, every time it's been traced to cables that have not been made properly.

Most guitar cable (or most good guitar cable) is made with a conductive layer over the center insulator. It's there to combat the triboelectric effect - without it, you'll actually be able to plug the cable into the input of your amp, shake the cable, and hear noise coming through your amp.

If that conductor comes in contact with the center signal conductor, then you have a problem. It's equivalent to connecting a resistor between signal and ground, and that resistance (usually around 10k) is more than enough to cause your signal to lose treble and overall level.

Here's an example of such a cable. This is Mogami, but they all pretty much look the same. Note that the inner jacket is black. This is a pretty good sign that it has a conductive layer. 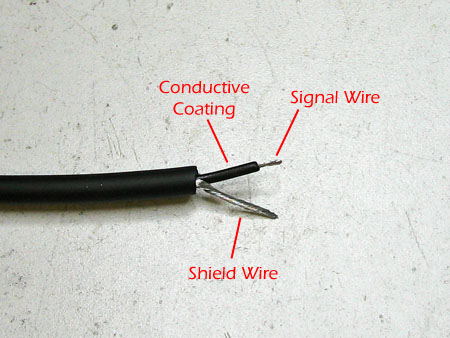 The correct way to deal with this is remove some of the coating so it doesn't get anywhere near the center conductor. The coating is pretty thin, and there should be a clear or white insulator underneath it. 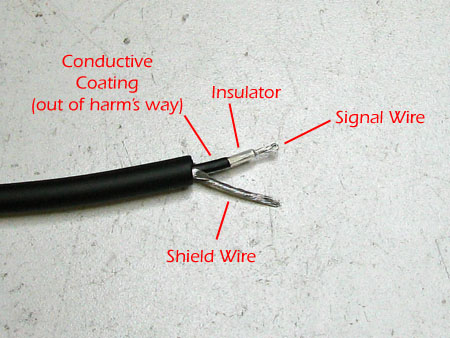 Doing this will prevent any shorts and will keep you from spending several hours cursing your rig, wondering where your tone went!

Did you find it helpful? Yes No

Send feedback
Sorry we couldn't be helpful. Help us improve this article with your feedback.